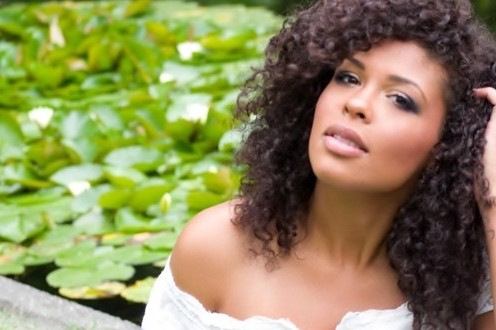 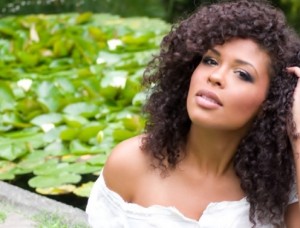 Let’s start the New Year off right and introduce this month’s Melting Pot Beauty. Actress Blythe Howard exudes beauty inside and out with her charming personality and gorgeous appearance. With first impressions meaning everything, she was warm and approachable; the type of girl that gets along with everyone. Blythe was born and raised in Maple Valley, Washington and now resides in Los Angeles to pursue her acting career.

She is multi-racial with her Italian/Irish mother (Seattle Radio Personality Kim Kelly) and African-American father (Former NFL Player Ron Howard). Blythe was raised by her mother in a predominately ‘white’ neighborhood in Washington. When I asked her about the struggles of growing up mixed-race she recalls that she would get looks for being a different race. “When my sister and I were out with my mom, sometimes people thought we were adopted” she says. She also expressed that her mother had difficulties styling both her and her sisters curly hair but she eventually figured it out. (Not to mention hair products made specifically for naturally curly hair were rare and different 20+ years ago). “Now my favorite products are those from Ojon and Ouidad, I love the way their gels and creams work for my curls”

Although hesitant to pry into her romantic life, she revealed to me that she does date men of different ethnicities. Upon hearing that, I asked if she had battles with interracial dating. “I don’t necessarily have problems with who I date. However, I find myself curious if their parents will be accepting of my race.”

Originally, Blythe desired to be a news anchor graduating with a degree in Broadcast Journalism at Washington State University. Shortly after graduation, she was chosen out of 25,000 participants to host MTV’s Total Request Live (TRL) as a guest VJ alongside Damian Fahey. Eager to accomplish more work in front of the camera, she continued her education at the Academy of Art University in San Francisco, CA. Television and film was her new focal point. It was there that she realized that she needed to get to Hollywood if she really wanted to accomplish her goals as an actress.

Blythe had a great 2012 filming four commercials including Precor International, Mega International, BSkinny Energy Drink and TitleMax. In addition to that she completed a film “Broken Things” (Director: Hollis Maclachlan) that won Best Short Film at the L.A. Underground Festival 2012. And with 2013 already here, she’s already been featured in a commercial for Vizio (Directed by Jason Wulfsohn and aired during the Rosebowl) and the lead in the film “Church Wives” (Director: Eureka Pratts). Lastly, she recently landed a television pilot cleverly named “Lurning Curve” (yes it’s spelled like that) where she will play Audrey, a single mom and gym teacher at a high school. The pilot is set to start shooting in March. The most amazing part is that she booked all of this work on her own, without representation.

To conclude, I asked her what message she’d like to send out to her fans and multi-racial women. She replied with, “Just be you and don’t sweat the small stuff. It’s all about the hustle, never mind the rules, if you want something bad enough
you have to go after it, full speed ahead. Don’t stop; never give up your dreams!” And her message to all the naturally curly ladies, “Bigger is better! Go natural, no relaxer or weave.” With all of her accomplishments, you can see why I chose her as January’s Melting Pot Beauty of the month. Blythe Howard has her eye on the prize and is one to watch out for. For more information on Blythe, visit http://www.blythehowardonline.com. 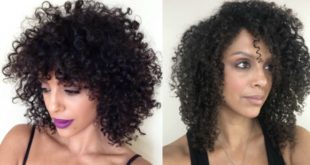 GROWTH PROGRESS | MY REGIMEN, BEFORE & AFTER PHOTOS 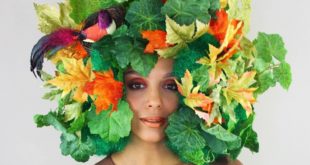 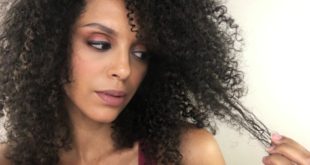 WHAT’S MY HAIR POROSITY? 2 TESTS TO FIND OUT 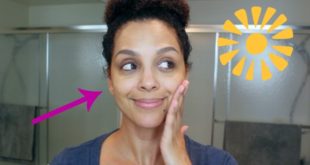 Summer’s not quite over but I wanted to share my current skin care routine for ...

This site uses Akismet to reduce spam. Learn how your comment data is processed.